Toss the cherry tomatoes, olive oil and kosher salt together and put on a half sheet pan. Slide into the oven and roast for 5 minutes, remove and let cool.

Lay the sweet peppers cut side down and slide into the oven close to the fire and cook to a medium char on the skin. Remove and toss in a bowl with the roasted tomatoes. Add the sliced red onion.

Lay the diced sourdough out onto a sheet pan and toast in the oven, make sure you are rotating the pan to evenly toast the bread. Remove and cool.

Combine the cumin, Aleppo pepper and kosher salt, lightly season both sides of steak and let sit a room temperature for 1 hour before cooking. Set up the Tuscan grill over a bed of coals at the mouth of the oven and grill the steaks to desired temperature. Remove and let rest for 15 minutes before serving.

Push the embers used for the grill back into oven. Combine the sourdough croutons, peppers, tomatoes and onions in a large roasting pan and slide into the oven to warm. Remove and toss with the olive oil and sherry vinegar. Slice the beef and lay on top of the bread salad. 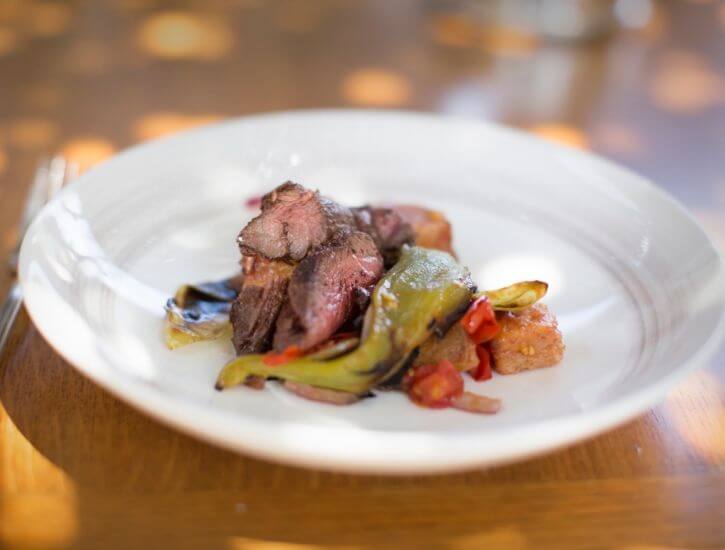 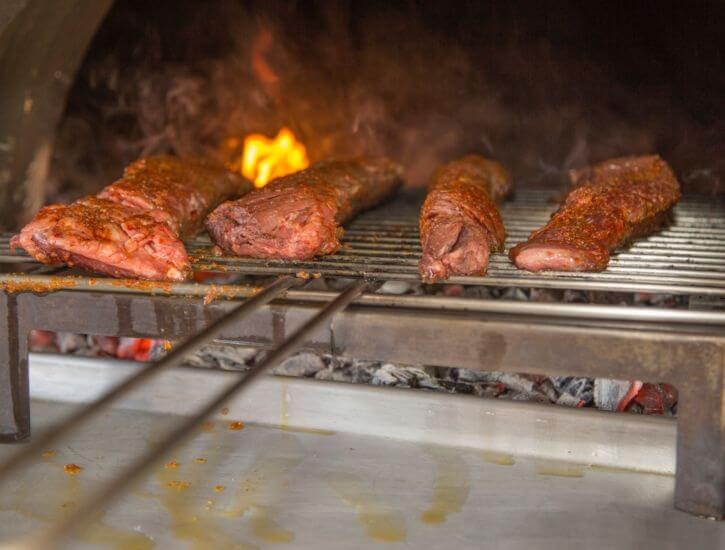 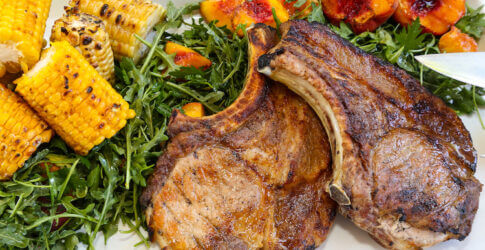 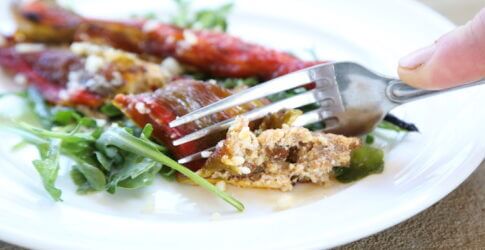 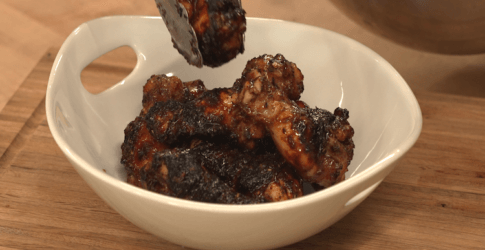